HOW IS A CRANE HOOK TESTED?

HOW IS A CRANE HOOK TESTED?

Crane Hook is considered a “Safety Related” component, having high level tests & inspections before & during its life spam.
We call “Testing” to quality controls performed when a hook is new (new production) and must be tested before make it operational. It is under hook manufacturer responsibility to be performed by a qualified Quality Control team before selling for the first time. Those tests are performed once only, unless a substantial design modification is carried out from its initial version.

We call “Inspection” when a hook is operational and following site safety protocols, it must be inspected periodically. It is under crane owner responsibility to be performed by a qualified maintenance team during its life time. Those inspections are performed once a year or following manufacturers recommendations in the “Maintenance Guide” or following site “inspection protocols”.

In this post we are describing the Testing part to be perform to a “New Hook”, leaving the Inspection to a “Hook in Use” for a separate post. Follow us regularly to see next post!

TESTS TO BE PERFORMED TO A NEW HOOK

EN13001-3.5 is followed to perform all necessary tests to ensure the new hook is complying with required safety level. Other recognized rules can be followed for specific reasons: country standards, industry/site standards, or applicable crane classification.

There are 2 type of tests:

A sample is subjected to a controlled tension until failure. Tensile Tests are carried out at Irizar Forge lab according to UNE-EN ISO 6892-1:2010 standard. The properties that are directly measured are:

The Charpy impact test is a standardized high strain-rate test which determines the amount of energy absorbed by a material during fracture. Charpy V-notch Tests are carried out at Irizar Forge according to UNE-EN ISO 148-1:2017 standard. The usual test temperature is between room temperature and -40 °C, but the test can be done at any temperature.

With an indenter tool a force is applied on the material surface during a specific time. Then, the diameter of the mark of the indenter in the material is measured to calculate the hardness. Hardness test is carried out at Irizar Forge after heat treatment according to ASTM E-10-07 or UNE_EN ISO 6506-1:2015 standards. 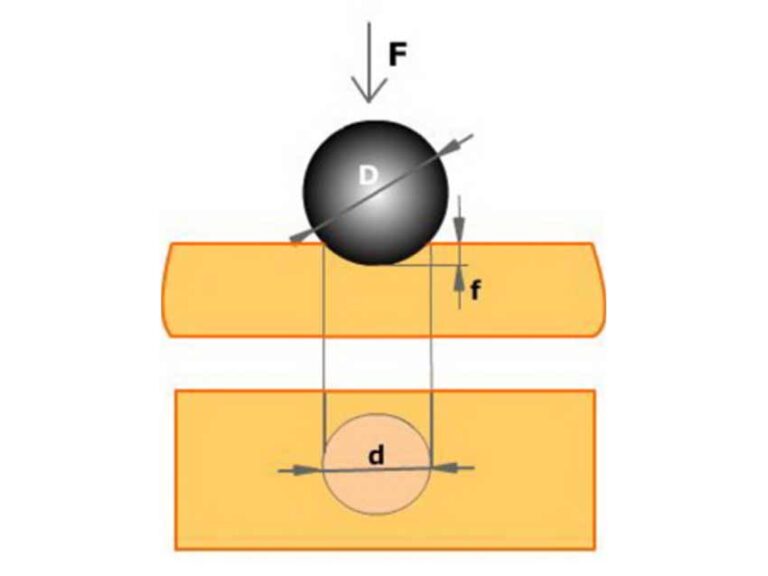 Other additional non mandatory destructive tests can be carried out (upon request):

Internationally called NDT, where the integrity of the piece itself is tested.

The aim of this inspection technique is to detect the internal discontinuities inside the forging. This method is based on the phenomenon of the reflection of acoustic wave (echo) when discontinuities in the steel structure are found. The wave is reflected back to its source (returned) if the discontinuity is in a normal position relative to the incident beam. The ultrasonic inspection is carried out at Irizar Forge according to EN-10228-3 or ASTM A388.

The aim of this inspection technique is to detect discontinuities in the surface of the forging made by ferromagnetic steel grade. The forging surface is covered with magnetic metal powder (sprayed with spray or aqueous solution). This magnetic powder is accumulated in the discontinuities when electromagnetic current is applied over the piece. Then, under ultraviolet light, the powder shines with phosphor color, making the discontinuity visible at a glance. The magnetic particle inspection is carried out at Irizar Forge according to EN-10228-1 or ASTM E709.

There are many other controls that are not considered tests as: dimensional control, visual inspection controls…

Mandatory in some countries (as US, GB Common Wealth Countries…) and applications (Offshore, Subsea, Mooring, Nuclear…), this is the key test where a physical overload is applied to the real finished hook over its SWL (Safety Working Load) to ensure product safety factors (validation of design & geometry) and strength. This test is performed in a specific test bench previously calibrated, having all parameters as load, time, position during the test… under control. Proof Load Test is carried out at Irizar Forge premises having a variety of test benches available depending on the hook size and load. There are many different rules to perform the proof load test, and at Irizar Forge the most recognized and applicable World Wide rules are applied to perform with all necessary project & design criterias & specifications.

Mandatory DT & NDT tests results are an integral part of EN10204-3.1 Certificate issued by hook manufacturer, that can be validated by a recognized third party  (LRS, BV, ABS, DNV-GL) who has previously monitored key production processes and tests, having as result Certificate EN10204-3.2. For its relevance, PLT is certified separately to 3.1-3.2 showing the load graphic, loading time, progressive loads…

The General Warranty for IRIZAR products to a new producto is 12 to 24 months, depending on the application or industry.

This website uses cookies so that we can give you the best possible user experience. Cookie information is stored in your browser and performs functions like recognising you when you return to our website and helping our team understand which website areas you find most interesting and useful.
Necessary Always Enabled

Marketing cookies are used to track website visitors. The aim is to display adverts that are relevant and appealing to the individual user.

Preferences cookies enable a website to record information that changes how it behaves or looks, such as the user’s preferred language or region.