Chillida & The art of forging

Eduardo Chillida is definitely one of our most universal representatives of Basque Art. As one would expect, it´s a monumental, grandiose, primary, ethical and universal art. “Typical basque”: from the roots, from the heart, from the bowels.

He cultivated the art of forging as no one, and left us a huge legacy of forge creations as “El Peine del Viento”.

Following the guidelines of the sculptor, present during the development process, the forging operators were giving shape to his dreams. The selected material, Reco Steel, is presented in its purest form as if it had always been that way, keeping its original character. Specially chosen for its resistance to erosion, it is suitable to be placed on the rocks against the bad weather and sea whips.

“But that’s forging, REAL FORGING, and if the sculpture would have been made in another way, for my concept, it would be false, because it would not hold physically or ethics, or visually on its environment”. 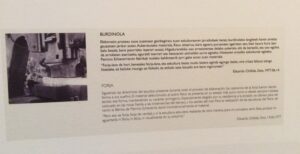 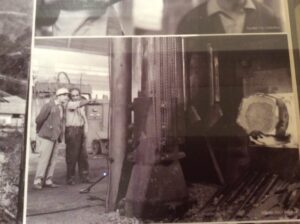 This website uses cookies so that we can give you the best possible user experience. Cookie information is stored in your browser and performs functions like recognising you when you return to our website and helping our team understand which website areas you find most interesting and useful.
Necessary Always Enabled

Marketing cookies are used to track website visitors. The aim is to display adverts that are relevant and appealing to the individual user.

Preferences cookies enable a website to record information that changes how it behaves or looks, such as the user’s preferred language or region.